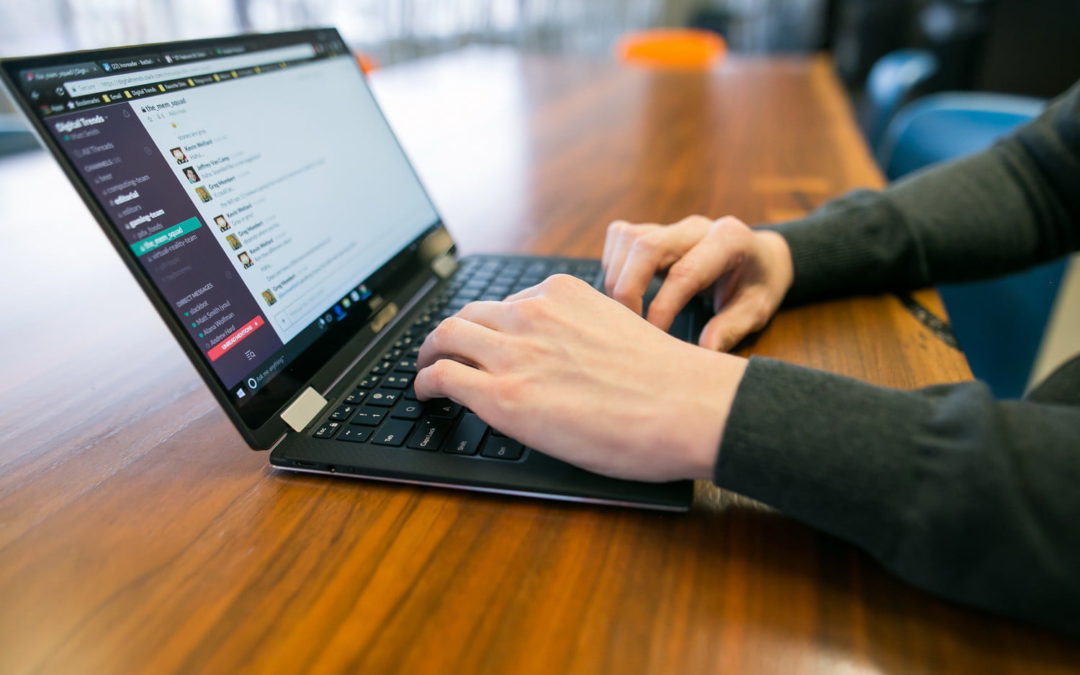 In 2008, Apple began building laptops with high portability in mind. They started this era with the MacBook Air. Similarly, Dell looks to redefine portability by ushering us into a new era through its redesigned XPS 13 laptop. The company launched the Dell XPS 13 in January 2018 stressing on reducing the size of the computer in all aspects. On the other end, Apple released their latest MacBook Air in June 2017. Both the Dell XPS 13 and MacBook Air are more than capable laptops when it comes to completing daily tasks. With that in mind, read on for a detailed comparison of the Dell XPS 13 vs. MacBook Air in various aspects.

Macessity is an Amazon Associate and earns from qualifying purchases when links are clicked.

Dell maintains its design, which is several years old and the XPS 13, still manages to be one of the most beautiful models around. The company is smart enough not to try making any radical changes to this design. It features an aluminum chassis with angular, sharp edges. The keyboard is also stylish featuring a carbon-fiber effect finish that is quite common on Dell laptops. Dell maintains the same look from three years ago, but it is still surprisingly ultra-modern and quite attractive. The only change in this design is the thickness. It is now thinner than ever before with a thickness of just 11.6mm at the thickest point. The latest Dell XPS 13 is also lighter by around 80g.

READ: Be sure to check out our guide if you are looking for the Best Mac 2020 has to offer.

For the MacBook Air 2020, Apple also maintains the same design from some years ago but remains to be one of the most beautiful laptops on the market. It is impressively thin with a thickness of 17mm at its thickest point. The MacBook Air comes with a backlit keyboard like the Dell XPS that has satisfying tactile feedback though it rattles a bit loudly while typing. Still, on the keyboard, the travel is enough making it comfortable even if you type for a long time. The MacBook Air gives the Dell XPS 13 and any other Windows laptop a run for their money when you compare the touchpad. It feels precise on the MacBook air and clicks and taps are effortless coupled with instantaneous and reliable gestures. Overall, the keyboard experience on the MacBook Air has a slight edge over the Dell XPS 13.

RELATED: Have you considered the MacBook Pro 16? We compare the Macbook Pro vs Razer Blade – can the MBP game in 2020?

The Dell XPS 13’s display is impressive owing to the latest redesign feature known as the Infinity Edge display. With this upgrade, the 13.3-inch screen features razor-thin bezels to give you an immersive reading or video watching experience. Dell’s displays come in two variants – 1080 IPS and a 4K touchscreen. The earlier should work for you just fine unless you are specific about wanting to have a touchscreen. Considering the size of the screen, it does not make any sense to pay extra for a 4K display whereas the other option is as good with that screen size. Furthermore, the 4K variant also works your battery more. Brightness is also solid on the Dell XPS 13 meaning using it outdoors would not be a problem at all.

Apple still maintains the same resolution (1440 x 900) that it had on the previous MacBook Air. This resolution is manageable showing reasonably sharp screen items. However, these items lack clear details as you would see on the Dell XPS 13. Colors are not as good on the MacBook Air as on the Dell XPS 13 though it is still usable outdoors with it bright backlight. When it comes to viewing angles, the MacBook Air will disappoint especially if you adjust the screen vertically. It could do much better on the display front considering its price. The Dell XPS 13 easily trounces the MacBook Air on this front.

The Dell XPS 13 scores some impressive numbers for a laptop that rocks a 4K display regarding battery life. You can only imagine how good the battery can be for the 1080 IPS version. The 4K Dell XPS 13 can last for up to 10 hours. With this in mind, you would not have to worry about running around with your charger as the battery on the Dell XPS 13 can comfortably see you through a day. A computer that can hit the 10-hour mark on a single charge is a major for someone who is always on the move.

You would also not have to worry about carrying your charger at all time with the MacBook Air. As much as it does not come with top of the range specifications like the MacBook Pro – it performs the same way on battery life. It also crosses the 10-hour mark making it as good as the Dell XPS 13. Both laptops perform well above expectation and can be great travel companions.

The MacBook Air is minimalistic on this as it comes with only one USB-C port. You will use the single USB-C port for virtually everything- charging and plugging in other devices. A single port also means you cannot connect more than one device unless you use an adapter or dongle. The only other port is the headphone jack, which comes in handy if you want to listen to music or watch a movie privately.

Dell XPS 13 feature a couple of Thunderbolt 3 ports. With these ports, you can connect two external displays simultaneously. If connecting external displays is your thing – then you should pick the Dell XPS 13 over the MacBook Air. The latter cannot support the technology. Also, the Thunderbolt ports facilitate the connection of many different graphics amplifiers to enhance your performance as you play different games. If you intend to use USB Type A, you will have to use an adapter as none of these laptops offers this option. This absence should not be a problem because the current ports are the ports of the future.

Dell never delays in adopting the latest computing components. The current Dell XPS 13 comes with the latest 8th generation processor. You can choose between the Intel Core i5 and Core i7 processors. Couple these processors with Dell’s 16GB RAM and you have a powerful laptop in your hands to help you with your projects. This laptop shows some impressive numbers in the various existing benchmark tests. Storage comes in two different sizes – 512GB or 1TB and both are solid-state drives, which means data writing and transfer speeds should be quite fast. It ranks among the best Windows-based laptops.

Standard storage options that are available for the MacBook Air are 128GB and 256GB. You can also add some cash to upgrade to 512GB. These numbers are small relative to what the Dell XPS 13 has to offer. The available RAM is only 8GB, which is half as much as what the Dell XPS 13 has to offer. The latter easily takes the day in this parameter. If performance is what you are looking for, look no further than the Dell XPS and do not even think about going for the MacBook Air lest you want to perform only light tasks.

The Dell XPS 3 comes with Windows 10 out of the box. You need to run a few updates, and your computer will be ready to work for you. The MacBook Air comes with macOS sierra when you buy it. This operating system is quite old when you compare to what you find on the Dell XPS 13. Plans are underway to roll out the latest MacBook operating system macOS High Sierra to the MacBook Air to keep it more current. The Dell XPS 13 is the much better option given the fact that the company is always striving to keep up with the times.

Sierra came into being in 2016 after Apple decided to ditch the OS X name for its operating system. The upgraded operating system brought the popular Siri digital assistant to the laptop. The OS also allows you to unlock your MacBook Air using your Apple Watch if you have one besides supporting Apple Pay and a universal clipboard function that should work in your other Apple devices.

If you go a notch higher, you can get either of the two laptops at 1,200 dollars each with an 8GB RAM and storage of 256GB. Despite the similar price, you will be getting a better deal in the Dell XPS 13 in the form of a higher resolution display and a better Core i5 processor. The 4K Dell XPS 13 starts at 1,600 dollars and features a touchscreen. As it is, Dell offers a much better deal than Apple as long as you are okay with using Windows 10 rather than macOS. Dell offers a couple of different colors for the XPS 13 whereas the MacBook Air comes in just a single color though this should not be a big deal.

The Dell XPS 13 has a lot of perks that it would be difficult to find any reason to dislike it. This laptop still retains the classic XPS look from several years ago and still manages to be one of the most portable computers right now. Regarding performance, it does not disappoint at all besides its long-lasting battery that is an upgrade to previous iterations of this computer. It lacks some old ports that you may still need, but that is something you can ignore and enjoy using the Dell XPS 13.

The latest MacBook laptops in the market might have the edge over the Dell XPS but not the MacBook Air. It rates lower in almost all performance aspects starting from processing power to storage and installed RAM. The MacBook’s display is also wanting, but we hope Apple is looking into that and deliver an upgrade as soon as possible.

Dell XPS 13 is the clear winner here even without mentioning the fact that Windows is a much better platform that macOS thanks to the products that Microsoft offers users. The only upper hand that macOS has over Windows 10 is the fact that you can run the latter alongside the other. On the other hand, Apple does not make its macOS software available for download for people to install on their Windows computer. Both have app stores, access to iTunes, and have ecosystems with various content.

At the end of the day, it all boils down to the experience that you prefer. Windows 10 underwent lots of significant changes and was a considerable upgrade from its predecessor – Windows 8. As for macOS, there are no significant user interface changes. Windows has so much to offer unless you want Apple applications. People who have the MacBook Air are quite happy with them, but at the moment it would not be a good idea to buy one of those. If you need an Apple laptop, it would be better to go for the MacBook Pro, which is more up to date than the MacBook Air. You can also get the smaller 12-inch MacBook, which is also up to date and much faster than the MacBook Air. The Dell XPS 13 is not a bad choice either if you opt for a powerful Windows laptop.