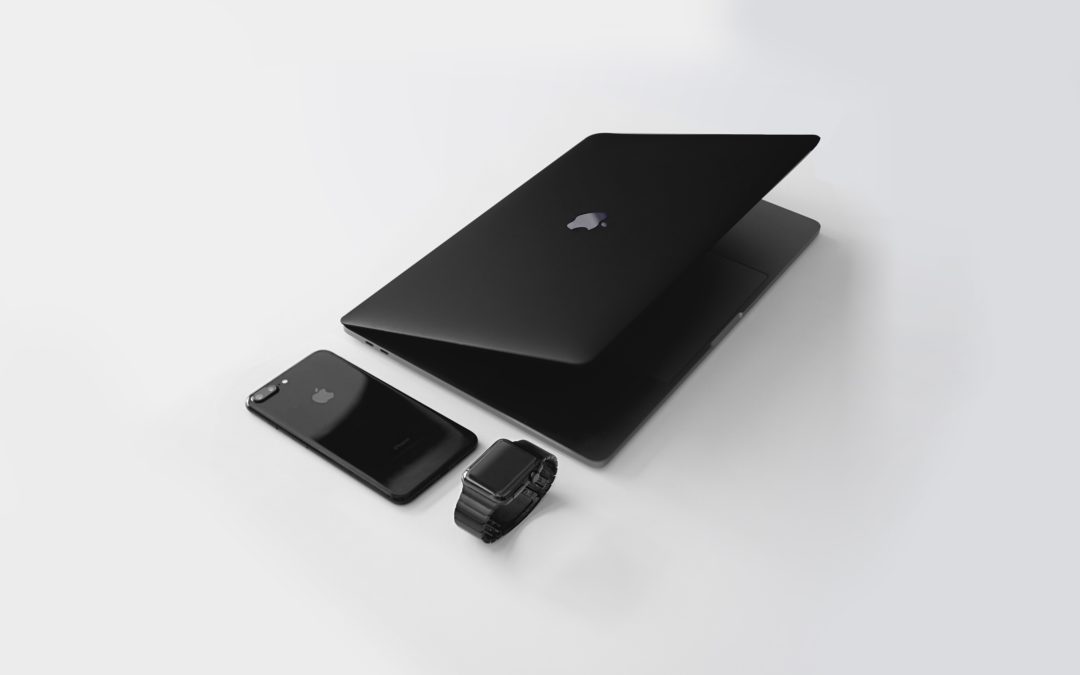 Would we upgrade from a 2015 MBP? Probably – largerly for the keybaord.

The second half of 2019 saw Apple release an upgrade to its MacBook Pro laptop line-up. At a glance, there is little change from the 2019 MacBook Pro laptops. The only noticeable differences from the older model are Siri integration and a keyboard that is quieter on the 2018 MacBook Pro. For the average user, there is not much to go on as regards to upgrades. The only improvement on the MacBook Pro targets a specific class of users – creative professionals. These individuals are the typical group of people known to be the core of the Mac ecosystem users according to Apple.

For once in a long time, Apple has serious competitors for the creative professionals’ market. One of the serious competitors includes Microsoft who are trying to win these individuals over with their Surface line of products. Despite the competition, Apple has over the past couple of years fought back with the aim of being at the top of this niche with dynamic changes to its Mac Pro computers.

The latest MacBook Pro laptops retain their predecessors’ design with most changes only apparent under the hood. These laptops exude exceptional performance showing that Apple did not have to compromise on power for the sake of portability. The compromise may be necessary in some cases, but in instances where you require heavy graphical processing, you can use an external GPU that gives the laptop virtual reality and other tasks that need more processing power.

For the keyboard, Apple did not make any changes to its fundamental aspects. The only change that they made was to reduce the noise produced during typing less. Key travel and the mechanics of the MacBook’s keyboard remain the same. If you had issues with typing being shallow with last year’s MacBook iteration, you would still experience the same problem with the latest model. Tearing up the keyboard reveals a thin silicone membrane at the top above the switch. The membrane works to offer protection to the undercarriage from particles and spills.

If you get something stuck in the membrane, you may experience some trouble with movement. You can quickly fix this problem by blasting the affected area with a blast of canned air. As much as the new keyboard is quieter than its predecessor, it still exudes some noise though it is not loud enough to have you asked out of the library. Decibels levels are not particularly different between the old and the new keyboard, but the latter is a lot less harsh to the ears. For the hawkeyed, you should be able to notice the difference in color on the Cap key with the latest one being lighter than the older MacBook Pro keyboard.

The specs of the latest top-range MacBook Pro include the 2.9 GHz Intel Core i9, 32GB rubber, Radeon Pro 560 graphics, and 4TB storage. The price is also slightly over 3,200 dollars for the 512 GB laptop offered by Apple. 4TB is also way over the top for most choices though Apple has the capacity of stretching out its memory to up to 32GB, after introducing DDR4 to the MacBook Pro line-up of computers. The more specked out laptops mean that the battery suffers from increased impact though the latest MacBook Pro comes with a larger battery meant to offset the toll taken on the computer.

The latest MacBook Pro’s battery should last you at least 10 hours under normal daily usage. Regarding performance, the 2018 MacBook Pro clocks in some impressive numbers especially for the larger 15-inch variant. This year’s model happens to be the most notable upgrade since quadcore processors come into the market with the 2011 version of the MacBook Pro. The latest model is a huge improvement on the 2017 version with individual performance varying depending on many different aspects. These new MacBook Pros are without a doubt powerful machines, especially for heavy users.

In comparison to last years model, the new 15-inch MacBook Pro promises a performance bump of up to 70 percent. The smaller 13-inch version’s performance doubles that of last year’s similar MacBook Pro. In actual sense, the performance improvement will vary depending on the specifications that the MacBook Pro comes with and the amount of work it does at a given time. The 2018 MacBook Pro laptops generally outperform their predecessors, which is what we all expect.

The 2018 MacBook Pro comes with hands-free Siri functionality even though the digital assistant did not get much attention on the computer. This functionality on the latest MacBook Pro represents one of the few incidences where a laptop offers handsfree voice interaction. Like many other standard features on the MacBook Pro, Siri turns on during the setup process. You can opt out of having the laptop’s microphones always listening for Siri’s wake command by having a look at the settings section.

Setting up the digital assistant is the same as you would do on the iOS mobile platform. You will need to speak out some phrases to train your system on your voice. After setting up your voice, you can interact with your MacBook Pro as you would on other ecosystems that feature the Siri digital assistant. If you have multiple Apple devices and you say the trigger command, the difference gadgets will communicate with each other and relay the command to the one that is nearest to you or is the most recently used.

In some cases, you may have to deactivate some of your devices for the best experience with Siri. Sometimes, you may wonder what difference Siri makes as you use your MacBook Pro since it is likely that you already have your hands on the keyboard beating the logic of having the assistant do things for you. For this reason, the primary use for Siri on the MacBook Pro appears to be for multitasking. You may be typing your work and want to know the weather without interrupting your workflow. This is where the digital assistant comes in handy.

When it comes to multimedia functionality, Siri would not be as effective with third-party software, such as Spotify. It will only work well if you issue commands directed at native applications like Apple Music. Furthermore, command Siri to play you a movie, and it will confess about its inability to do so. Apple is definitely working on more Siri functionality on the MacBook Pro, but for now, Siri is more of a gimmick than a necessary feature on the laptop.

The 2018 MacBook Pro line-up gets a modest boost regarding graphics. The 15-inch MacBook Pro features better Radeon Pro 560X graphics with up to 4GB GDDR5 memory. Its smaller counterpart also features decent graphics. The 13-inch comes with an Intel Iris Plus Graphics 655 chip with a memory of 128MB, which is double what its predecessor had to offer. Adding an external GPU significantly boosts performance on any of the new MacBook Pro laptops.

The latest MacBook Pros come with solid-state drives (SSDs), which do an excellent job of boosting data writing speeds. Higher-end 15-inch MacBook Pro laptops come with a maximum of 4TB. Last year’s models offered up to just 2TB. The ample space would not be appealing though considering that it comes with an eye-watering price-tag. MacBook Pro 13-inch has a maximum of 2TB storage, which also doubles what its predecessor offered last year. If you do not need high-performance, you can opt for MacBook Pro laptops with less SSD storage and some few hundred bucks.

True Tone is a display technology that utilizes light sensors to adjust the color temperature of your MacBook Pro’s screen automatically against your environment. It works by adjusting white balance to make color ranges colder or warmer depending on need. For instance, the MacBook Pro screen will show colors in a way that is closer to how they would look on an object or wall in the real-world under the current lighting conditions. This technology offers a subtle effect under most lighting conditions except in some extreme situations.

The latest MacBook Pro laptops still come with the Touch Bar feature, which is a few years into the Pro line-up. This feature remains to be one of the most underutilized even in the latest laptops because most developers are not investing their time in adding Touch Bar support to their applications. Apple also takes a significant part of the blame for not adding the kind of essential role that the Touch Bar may need for it to be useful.

All hope is not lost with this feature, if you own a MacBook Pro with Touch Bar, look for the BetterTouchTool software. This tool allows you to enhance functionality and customize the Touch Bar to perform some essential functions like swiping for volume control among other neat tricks. The only downside of taking this approach is that the tool costs some few bucks and the customization process may take you a while.

You Still Get the Headphone Jack

Having a headphone jack never used to be a big deal, but technology is heading towards the wireless direction. More devices are dropping the old headphone jack in favor of Bluetooth technology. So, if having a headphone jack is still your thing, you will be glad to know that Apple still maintains this feature on the latest MacBook Pro despite ditching it on the mobile devices (iPhone). Even today, listening to audio through wires still offer far much superior quality sound over listening over Bluetooth.

Better performance translates to more power consumption. For this reason, the 2018 MacBook Pro laptops come with bigger batteries than their predecessors. The bumped-up battery capacity does not necessarily mean the battery life is better on the newer laptops. You should still expect up to 10 hours of battery life while watching videos like on the previous MacBook Pro computers. Standby time should be up to 30 days. This capacity should be enough to see you through the day without having to recharge your MacBook Pro or carry your charger with you.

If you own last year’s MacBook Pro, there is no reason to fork out more than a thousand bucks to get the latest MacBook Pro. There is not much of a difference aesthetically but for several changes under the hood. The speed difference is significant so if you always use your laptop to run multiple heavy apps at a once, the latest MacBook Pro laptops should be a major go. The bigger 15-inch unit is a beast compared to the 13-inch and should be the ideal choice for creative professionals. SSD speeds are quite impressive – something that is ahead of most even though not all Windows laptops available in the current market.

Carrying these MacBook Pro laptops around is also quite comfortable with their design especially with the smaller one. They are also lightweight with the 15-inch having some more heft. It is also pleasing to see that the keyboard has some improvements though only from the noise aspect, but it is still something positive. Apple usually takes time to makes significant changes to their products, and this is evident in from the previous two MacBook Pro generations. The 2018 MacBook Pro has a slight edge over its 2017 counterpart though it is a massive upgrade over the 2016 MacBook Pro. It is still amazing how Apple manages to fit all the fantastic features that the MacBook Pro has to offer in one of the slimmest designs in the laptop market.