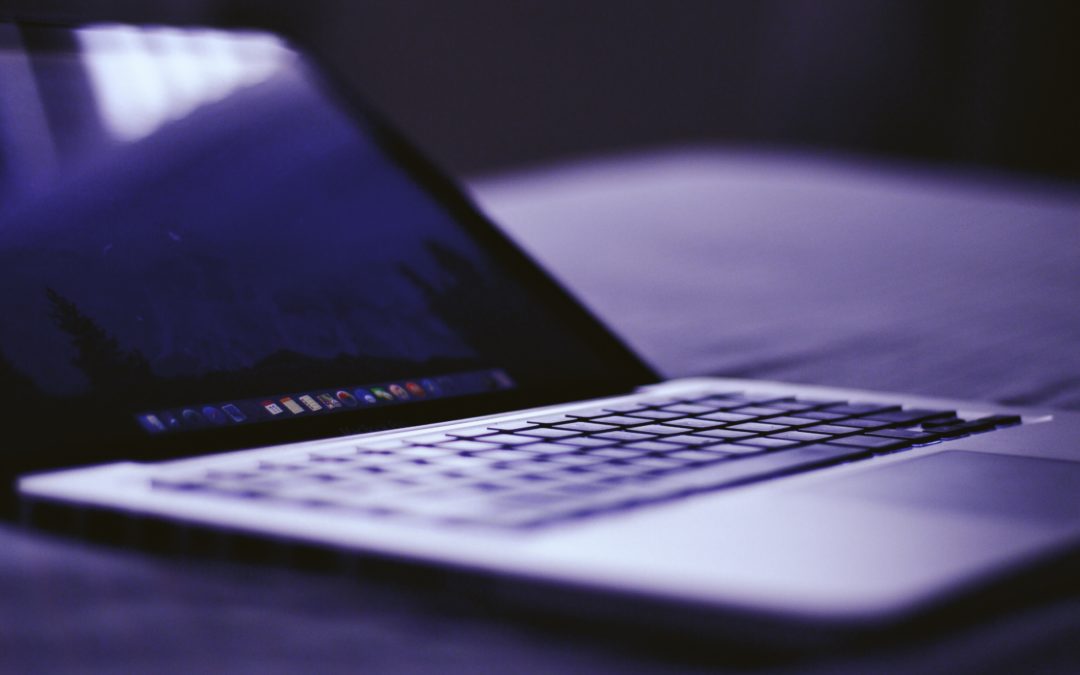 Subtitle goes Here
$2,399.00
Back in 2016, Apple released three new laptops that featured updated hardware features. Two of the new releases came with the Touch Bar feature designed to take the place of function keys. This feature also sought to offer the option of creating custom shortcuts for different apps. The Touch Bar is an exciting feature, but it still raised the question of whether it would serve everyone. The three laptops were the MacBook 13 base model, the MacBook Pro 13, and the MacBook Pro 15. In 2018, Apple released improved versions of all these laptops with the most notable change being the newer generation processors. The 13-inch and 15-inch Pro models are our main points of interest here, and we are going to makes some comparisons between the two in various aspects.

As it is, the two MacBook Pro variations are quite similar aesthetically. The distinguishing factors come in the shape size, performance, price, and battery life. That aside, you are probably reading this to help you decide which MacBook Pro variation you should get or if they are worth investing in at all. Below is a comparison of various features and specifications of the MacBook Pro 13 vs. 15 machines that you should look at before getting any of the computers.

Regarding design, the two MacBook Pros are almost identical, especially with the new Touch Bar. The 13-inch MacBook Pro looks like a shrunk-down version of its 15-inch counterpart. Even after the 2018 refresh, both of the laptops still keep the same design since 2016, and each comes with four Thunderbolt 3 ports. The difference becomes significant when you compare the weight of the two computers. The bigger version is heavier by a pound, which should be a big difference if you are keen on the amount of weight that you want to carry around.

The sizes of the displays, speaker grills, and the touchpad are also the more obvious distinguishing features between the two 13-inch and 15-inch MacBook Pros. Another essential design aspect worth looking out is the color. Both MacBooks come with two color options – Silver or Space Gray. The color choices are not many, but the two available ones are universal and should look good to anyone looking to purchase a MacBook Pro. When making a selection based on the design, it would be difficult to set these two computers apart unless you factor in the weight and size. If you prefer something lighter and easy to carry around, then the 13-inch version should serve you well.

The two MacBook Pro versions have some noticeable differences when it comes to features. Regarding similarities, both versions feature the not so popular Touch Bar included on the keyboard to replace the traditional function keys. This feature maintains the functionality of the old keys, such as sound and adjusting lighting among other functions. What it adds is the ability to adapt to every app that the computer user may open. The Touch Bar is not a bad feature at all, but it ends up being almost useless due to its positioning on the keyboard.

Unlike the Touch Bar, the Touch ID feature, which is available on both MacBooks, is a useful feature. It serves its purpose of efficiently unlocking your computer using your fingerprint. It is a feature that you will miss on the base model 13-inch MacBook version. It is available for both Pro versions of the same.

The base 13-inch MacBook version has two Thunderbolt 3 ports, which are essential for connecting external displays and charging up other devices. For the 13-inch and 15-inch Pro versions, you will have four Thunderbolt 3 ports. The only things you will lack regarding connectivity are an SD card reader and an HDMI port. This absence should not be a big deal, because Apple is trying to work towards more connectivity that is modern options. If features are you deciding factor, then you should go for the 15-inch MacBook Pro in this case.

The latest versions of the MacBook Pros leverage Apple’s most recent big display technology. With the newest technology, the current MacBook Pros can adjust their screen’s color and intensity. Both laptops exude fantastic colors that make watching any video a worthwhile experience. Different colors mix well to enhance the watching experience even further. The MacBooks do support 4K videos too.

Regarding pixel density, the 13-inch MacBook Pro is slightly better than the bigger version. The 15-inch laptop comes with a 2880 x 1800-pixel panel whereas the 13-inch version features a 2560 x 1600-pixel display. Besides having a higher pixel density, the smaller laptop is much brighter clocking in at 398 nits against its larger counterpart that has 354 nits. These differences do not necessarily mean that one of the MacBook Pros is better than its counterpart. Both promise an immersive and impressive watching experience, and you would not easily notice any difference unless you have the two side by side.

At no point in time have MacBooks claimed the throne of being the most powerful personal computers around but have always worked well as midrange options. They are quite fast with some difference in performance between the different versions. The 15-inch MacBook Pro comes in two variants – one with a 6-core Intel Core i9 processor and the other with an Intel Core i7 processor. You can get both versions with a RAM of up to 32GB. The smaller MacBook Pro rocks less powerful Intel Core i7 and i5 processors with a maximum RAM of 16GB.

The 15-inch variant easily beats its smaller counterpart on all performance benchmark tests. Regarding storage writing speeds, both laptops are impressively fast with the smaller version having a slight edge over its counterpart. Graphics on the 15-inch variant easily trounces 13-inch MacBook Pro, making it the better option if you are into gaming. The latter comes with Iris Plus Graphics whereas the bigger model uses the AMD Radeon Pro 560X GPU alongside a memory of 4GB, making it an easy winner on this front.

Both MacBook Pro models have excellent sound quality, but one is much better than the other is. The larger model is louder than its counterpart, making it the better option on this front. In addition, the sound is so clear to the extent that it becomes difficult to detect any distortion even at the loudest setting. The excellent sound quality makes these laptops perfect for your movie watching needs. Larger is louder and better in this case. Audio is not a general consideration when purchasing a computer, but the two laptops perform well in this aspect.

The latest MacBook Pros are some of the slimmest computers you can find on the market. The smaller laptop stands at 0.59 inches in thickness and 3.02 pounds in weight meaning that portability should not be a problem with the 13-inch MacBook Pro. This unit will comfortably fit into most bags and some folders. The 15-inch models are bulkier with their 0.61-inch thickness and weight of 4.02 pounds. Portability is not a problem for the larger model too but if you lack adequate carrying space – you should go for the 13-inch MacBook Pro over its larger counterpart.

There is a significant difference in the battery life when you compare MacBook Pro 13 vs 15. The latter is far much superior with the capacity to see you through a total of over ten hours while continuously surfing the web at 150 nits. On the other hand, the 13-inch MacBook Pro can plow through a total of eight and a half hours under similar conditions. It is still not a bad performance from the smaller unit but if battery life is essential to you – the bigger one should be the better option in this case.

Without even delving further into the issue of cost, it is obvious that the 15-inch MacBook Pro is costlier than the 13-inch version. The price difference between the two is as much as 600 dollars owing to the many aspects in which the bigger version beats its counterpart. If you are willing to part with over 2000 dollars for the better performing version, then go for it. However, this price point may be out of reach for many people. If you are one of these people – you can settle for the 13-inch MacBook Pro, which may still satisfy most if not all your needs. The base version is also available at an even lower price than the Pro versions, and it should suffice for most basic tasks. You can opt for the base model if you only need a laptop for surfing the web, typing, watching movies, and light media editing tasks. If your tasks demand a powerful computer – you have to get one of the pro versions preferably the 15-inch model.

The latest 13-inch MacBook Pro comes with a powerful processor that is at least twice as first as its previous version. It comes with an eight-generation processor that outshines most Windows laptops on various benchmark tests. The computer performs exceptionally when especially regarding SSD writing speeds. In addition, the laptop comes with a revamped keyboard that is quieter and more durable than what came with its predecessor. If you do lots of writing on your computer, you would not have to worry about some keys giving out sooner than they should. The MacBook Pro 13’s battery also lasts long enough to last you through your daily tasks though it is not as impressive as the one on the larger laptop. It should work just fine for various light to moderate tasks. Furthermore, the 13-inch version costs some hundreds of dollars less than the 15-inch version – so, if you are not a heavy user you can opt for the smaller version.

If you are a professional photographer, videographer, or gamer – the larger MacBook Pro should be the best laptop for you. Compared to its predecessor, this laptop records an impressive performance of up to 70 percent faster due to its new eight-generation processor. To minimize the chance of any lagging, it comes with RAM of up to 32GB and a maximum storage capacity of 4TB. The MacBook Pro 15 even outperforms similarly rated laptops from other manufacturers, such as the Dell XPS, and the HP Spectre. Its graphics are also impressive coming with the Radeon Pro 555X, which you can bump up to Radeon Pro 560X.

Coupled with its powerful graphics, the high screen resolution of the MacBook Pro 15 makes it a beast for gaming. The battery life also ensures you can work on your projects for longer than its smaller counterpart can by about two hours. The only downside the laptop comes with is the absence of an SD card slot, which directly affects photographers. You will have to attach a card reader into one of the Thunderbolt 3 ports to get these features, which is not a big deal on second thought.

The 15-inch MacBook Pro narrowly beats its smaller counterpart in most parameters except when it comes to portability and affordability. This fact does not mean that the 13-inch MacBook Pro is not a good deal – it all depends on your personal preferences and the tasks you intend the laptops to help you perform. If you happen to be an average computer user – the 13-inch base model should be able to meet all your needs. Whichever version you opt for, you can be sure that you will have an elegant and efficient machine in your hands.

You do not have to fork out extra hundreds of dollars for features that may be overkill for your daily operations. If you are a game or editor – you should invest in the bigger MacBook Pro for the best user experience. The bump in performance and battery life will cost you some extra bucks, but it should be worthwhile if it helps in smoothly going over your projects.

So, which laptop are you going to get – the 13-inch MacBook Pro or will you go for the bigger machine?